The Suite Life Movie was directed by Sean McNamara and aired in March 2011, just a couple months before The Suite Life on Deck aired its final episode. So it followed the standard Disney Channel model in that respect — usually, series finale movies aired a little before the episodes themselves ran out. Additionally, the stories in these particular DCOMs aren’t often too dependent on what’s going on within individual episodes. The Suite Life Movie tells a story of its own, set during spring break of senior year for Zack, Cody, Bailey, Woody, and London. In the beginning of the film, Cody is agonizing over how to share some tough news with Bailey. Instead of spring-breaking with her, he is choosing to go do an internship that will prepare him for Yale. Zack wants to break the news to her on Cody’s behalf, provided that Cody gives Zack his car. Cody’s not on board with this plan, but Zack tells Bailey the news anyway. She is quite upset about it, understandably. 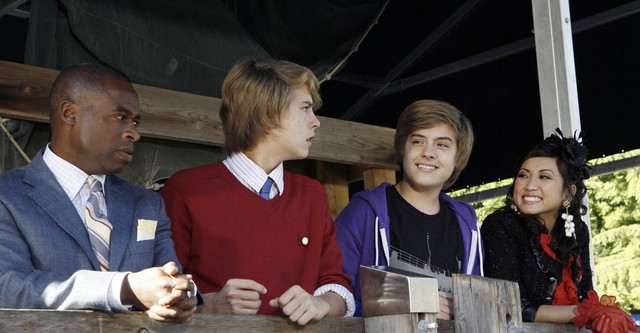 Cody, Zack, Moseby and London go check out Cody’s science internship. Zack sabotages everything, no surprise. He goes into a restricted area (it’s a trap!), illegally rides in a powerful submarine, drags Cody into it, and gets Cody terminated from his internship. The internship director, Dr. Spaulding, places Cody with someone else, Dr. Olsen. Olsen’s baby is Project Gemini, a huge experiment on twins. Ergo, Zack must be part of the deal. Cody isn’t pleased, but it’s the only way to get an internship. The boys quickly realize that something fishy is happening. They are forced to eat “Corsican fruit” and bond with one another. If you know anything about Zack and Cody, you know that they sometimes butt heads. Project Gemini is supposed to make them more agreeable, they’re told. But it’s gonna do a lot more than that! The twins discover that Dr. Olsen wants to merge them into one person and destroy Cody’s big brain. DUN DUN DUN. 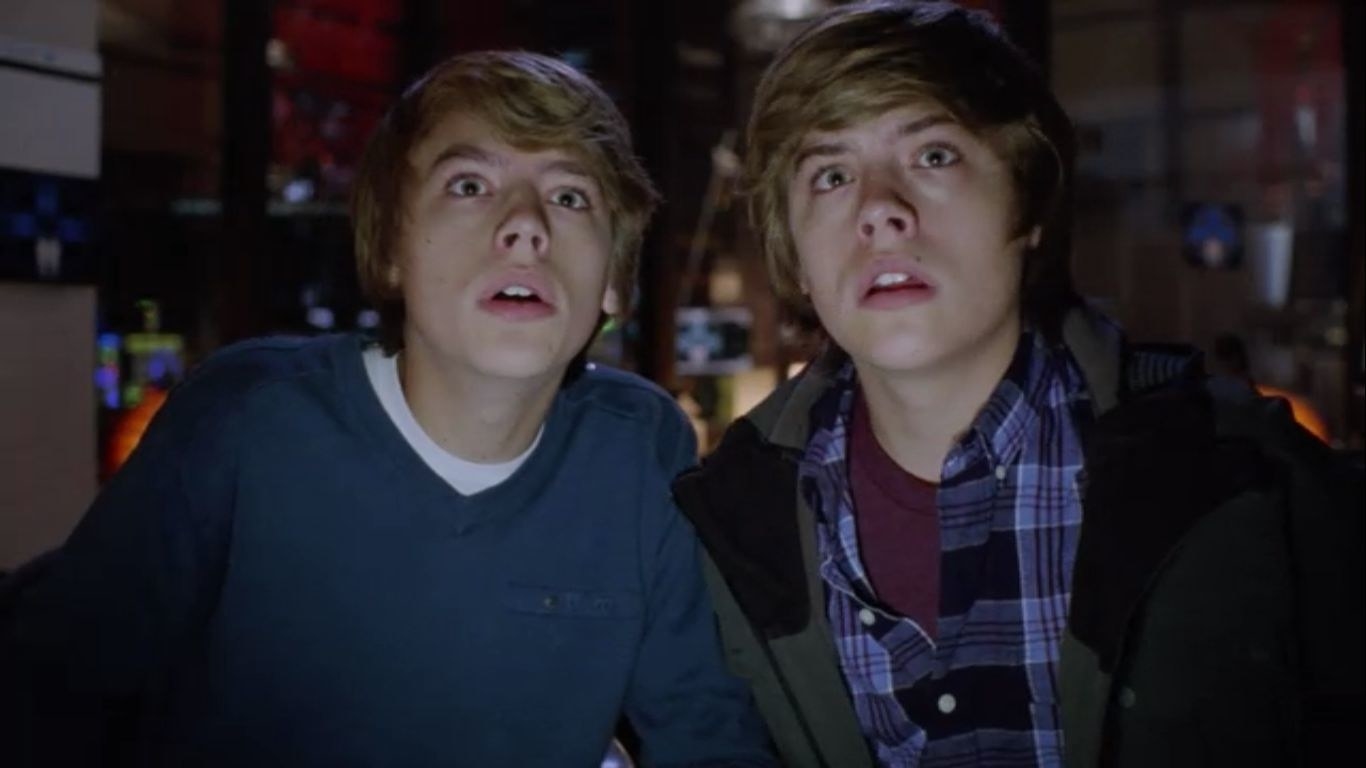 Naturally, they try to stop the evil plot, but the villain overhears them and reveals himself. Everything that makes them who they are is about to be taken away. The twins are desperate to preserve themselves, so the rest of the movie involves robot-like twins chasing Zack and Cody. Bailey, London, Woody, and Moseby have been scarce throughout this tale, but upon learning that danger is imminent, they try to help. It turns out that Dr. Olsen is Dr. Spaulding’s evil twin in disguise. Olsen presses his button to try to merge Zack and Cody, but the twins argue too much, so they override the procedure.

And now, here’s what I would have done with this movie: brought back old series regulars! Imagine a Suite Life finale movie that tipped its hat to the fans with appearances from characters gone by, even if it was only Carey Martin and Arwin! That would have been fun! I’m not knocking the story of this movie (or its apparent setting of the Pacific Northwest), as it was kind of interesting to see Cody and Zack slowly grow closer together and fight to maintain their individuality. However, I think a madcap dash in some bright locale would have been very satisfying. There’s a lot of travel throughout the series when they’re On Deck, so maybe it didn’t make sense to go to yet another country for a zippy adventure. But it’s already a little disorienting to see multi-cam sitcom characters in a single-cam TV movie (for me, anyway). I think a lighter story that involved more characters could have been so fun. If you’ve seen this film, I’d love to hear your thoughts. This was the first time I ever watched the movie in full, and I’m glad I finally have!