I have two stories of grandparents and grandchildren that I thought would make sense in one post. They were both directed by Kevin Connor and debuted in the final couple of years of Disney Channel Premiere Films. The Old Curiosity Shop is the three-hour movie I admittedly feared on my March roster. Once I got into the Dickens adaptation, I found it suspenseful and moving. Young Nell (a pre-teen) lives with her grandfather, a sweet man who owns a curio shop and has a gambling addiction. His lender, Quilp, is angrily awaiting money back and threatens to take the grandfather to an insane asylum if he doesn’t pay. 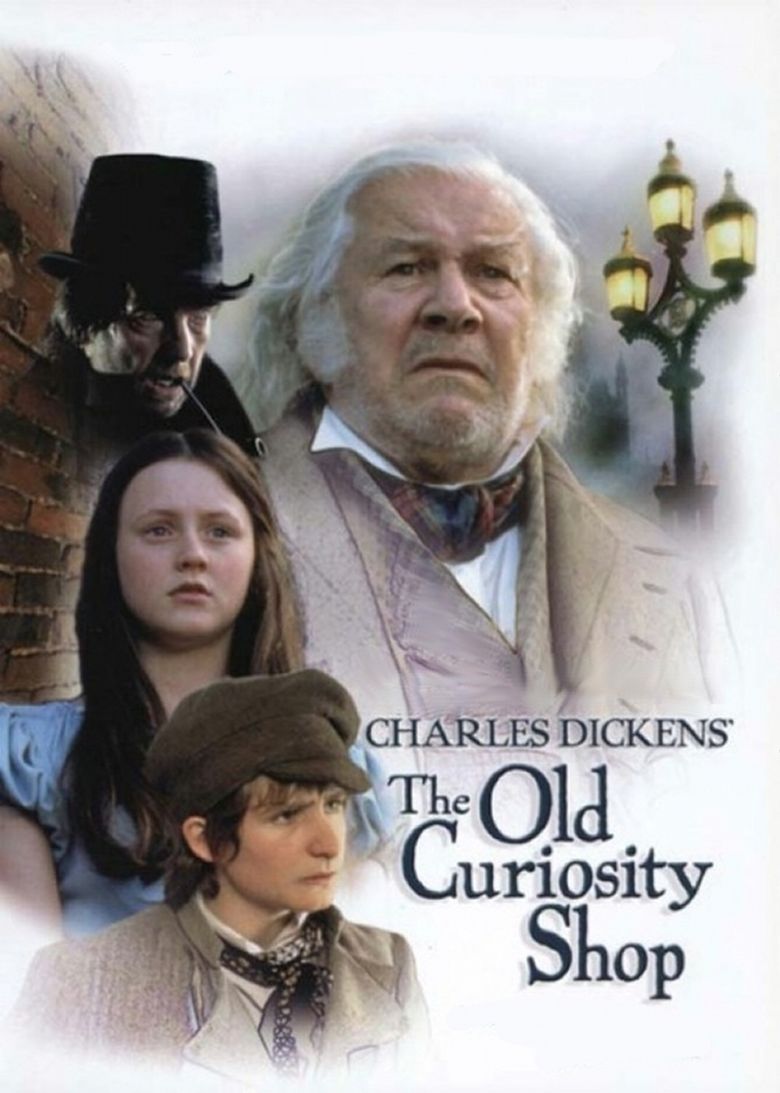 Grandfather and Nell craft a plan and escape while Quilp is sleeping, leaving a note with Nell’s friend Kit. From there, they run all over London, narrowly missing a frightful capture along the way. Spurious carnival workers doing a Punch & Judy show persuade Nell and her grandpa to join them, but the shady characters do not have their new friends’ best interests at heart. Nell and her grandpa are on the run once again, meeting a kindly curate who gives them shelter. As they depart and continue their travels, Nell becomes progressively weaker. Quilp has informants on the lookout, and on advice from a spy, he finally begins chasing after Nell and her grandfather himself. But Grandfather and Nell eventually find their way back to the friendly curate at his new post. It is there that Nell dies, so her great-uncle is too late when he tries to come to the rescue. Per D23, the movie was shot in Ireland, mostly at Dublin’s Ardmore Studios. Also: “The streets of Dickensian London, as well as Quilp’s wharf and dockland, were built entirely for the production and then burned to the ground as part of the film’s dramatic conclusion.” After not catching Grandfather, Quilp burns down his own property. As I said, this is a three-hour film, so please watch it for yourself, as I’ve not mentioned all the characters or plot points in great detail.

Though the ending was terribly sad, I enjoyed the suspense in the rest of The Old Curiosity Shop, and I might even read the Dickens text before going on a trip to the UK this summer! Now, on to The Little Riders, which was based on a book by Margaretha Shemin and filmed in the Netherlands. We have Noley Thornton (who also played Heidi in 1993) as Joanne Hunter, an American living with her Dutch grandparents in Holland. In World War II time, Nazis are terrorizing everyone in the village. To make matters worse, Joanne has to live with one, as a soldier is sent to board in her grandparents’ home.

The soldier, Lt. Braun, is clearly conflicted about his duties to kill and destroy human beings and their heritage. His captain instructs him to demolish the Dutch stained glass in the community church. Lt. Braun doesn’t understand why this is necessary. One line from the captain captures the crux of the Nazi mentality that is depicted in the film: “By killing the enemy’s soldiers, or by killing the enemy’s spirit, we play the same game, Lieutenant.” This horrid mantra translates to the captain’s orders demanding that Joanne’s grandfather destroy yet another piece of the Dutch spirit: the Little Riders. These are statuettes of men on horseback, built to ride at the chime of the town clock. Joanne and her grandparents decide to defy the orders and save the Little Riders by removing them from the clocktower until the Nazis depart. This is a dangerous plan, and Joanne is instrumental in hiding the statues in her grandparents’ home. Lt. Braun catches her in the act and decides to help her.

The captain retaliates by demanding that several men in the town be put to death, unless the thief of the Little Riders comes forward. Joanne’s grandfather volunteers to be shot, but Lt. Braun comes up with a plan to save the man’s life. He pretends to kill Joanne’s grandfather, then rides out of the town with his comrades and faces his own death.

What troubles me about this film is the act of sympathizing with a Nazi character. That is a complicated direction to go in, and since the Lieutenant dies and the movie ends, we don’t get to see what other choices he might have made down the road. I also would like to note that I watched three World War II era Disney Channel Premiere Films in the month of March alone. I wonder why this was such a popular historical subject for period pieces in the 1990s. If you decide to watch The Little Riders, let me know. Noley Thornton is a great actress, and I look forward to seeing her in Heidi.