There’s no way I could forget Save the Dog! This Disney Channel Premiere Film (directed by Paul Aaron) is a wild goose chase like none I’ve ever seen. The movie is all about this single woman named Becky (Cindy Williams) who wants to be an actress. She’s got a trusty agent (played by Katherine Helmond) but not a lot of job prospects. Becky’s best pal is her pooch, Petey. Tragically, Petey needs a life-saving operation that Becky truly can’t afford.

Becky goes around collecting as much money as she can from friends, but she’s still coming up short, so she gets a job as a courier and begs for her supervisor to pay her in advance. If Becky can get a day’s worth of letters delivered, she can save the dog. But of course, it’s not that simple. Becky has gotten herself a real callback for a commercial she auditioned for — but she’s busy working her tail off all over town and can’t be reached, so she doesn’t even know she’s been selected!

It would be much more interesting for you to watch this movie than for me to tell you about every little mishap on Becky’s big day. But before checking this out, you should probably know that she unexpectedly spends some time in a dumpster with a felon. And in all seriousness, she does come up with the money to pay for her dog’s procedure. I can’t say this is my favorite Disney Channel Premiere Film so far, but it sure is unique.

Moving on now to Chips, the War Dog, directed by Ed Kaplan and based on a true story. This 1990s DCPF is exactly what it sounds like. In fact, it might be one of the most self-explanatory movies I’ve ever seen. German Shepherd Chips is a regular family dog at the beginning of the film, beloved by a mom, dad, and two cute kids. The thing is, Chip is a troublemaker, and because neighbors have complained so much, the canine is on his last chance before being taken away. But what would be better for straightening him out than some military training? When the opportunity arises, Chips leaves his family to become a war dog (in WWII). 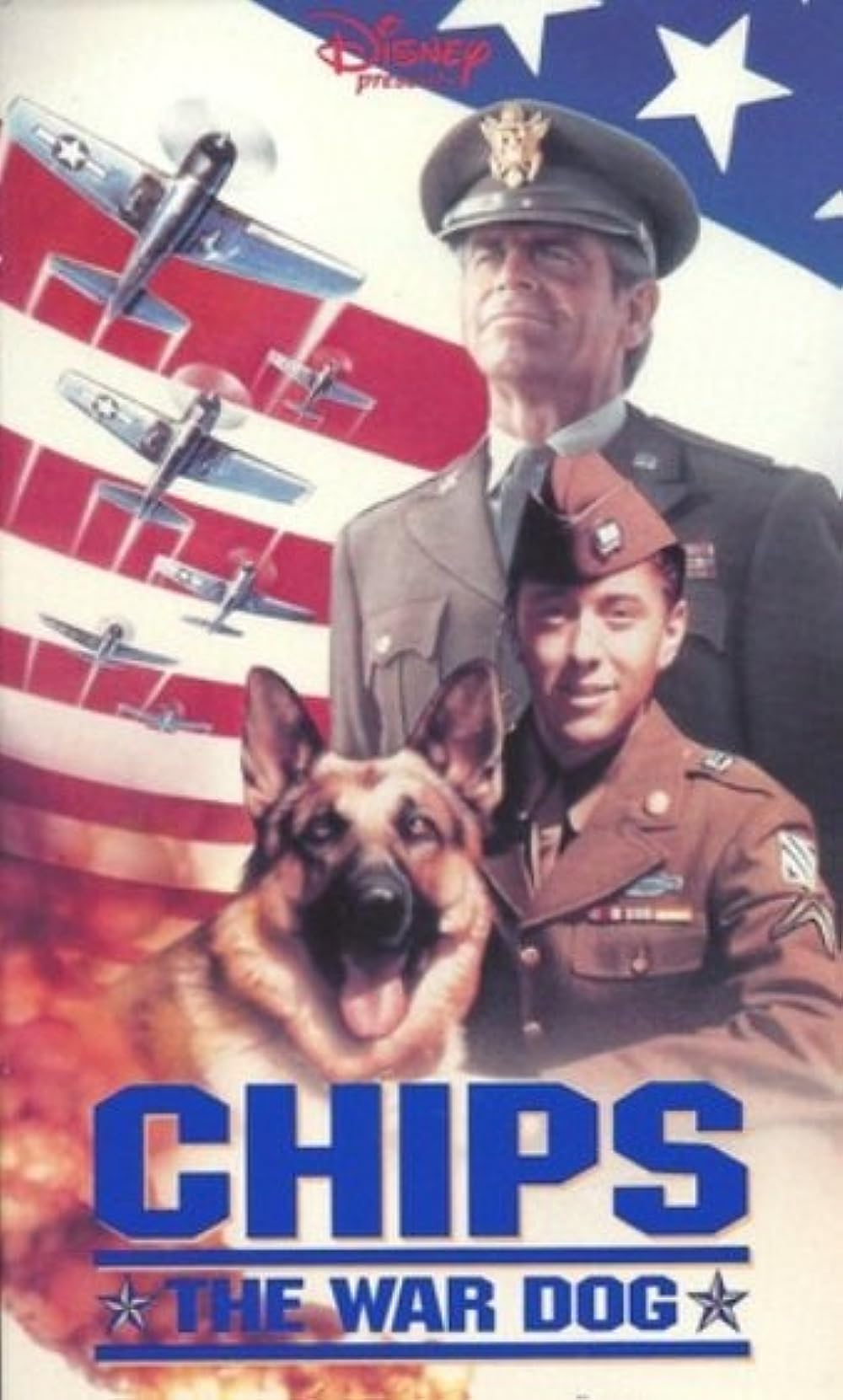 At training, a new recruit named Danny Stauffer is assigned to work with Chip. This is supposed to help him get over his fear of dogs. He and Chips don’t exactly hit it off, and the higher-ups are ready to send Chips away to focus on other dogs. Danny comes to believe that Chips can rise to the occasion, so he secretly keeps Chips on site and does not release him as he was ordered to. Every night, Danny stays up late helping Chips train. He even collects extra meat from lunch to help the dog keep up his strength.

Danny and Chips are a last resort for their team, so Chips is allowed to stay and get to work. Right away, the German Shepherd sniffs out a bomb. Sadly, Danny’s comrade Mitch has to watch his own training dog die in action. I won’t further detail these scenes, but Chips does just fine, and he gets the opportunity to live with his old family again. Chips is too attached to Danny, though, so the family kindly gives him back. In 2018, the real Chips was posthumously honored with the Dickin Medal. He had attacked an enemy and removed the soldier’s gun in 1943. Back then, Chips survived burns and wounds and went back to civilian life. He’ll always be remembered as a hero.

I thought I’d put these two movies together to illustrate how important dogs are in Disney Channel history. We’ve got a lot more dog movies to go between Premiere Films and DCOMs!