Many of the DCOMs I’m rewatching are DCOMs that I’ve previously revisited since I’ve had Disney+. That wasn’t the case with Right on Track, and honestly, I forgot exactly how good this movie is! Like Double Teamed, the film is based on the real-life careers of sister athletes. The two movies came out about a year apart, proving the popular thought that girl power messaging was strong in the early 2000s (also, we got Motocrossed back in 2001).  Right on Track was written by Sally Nemeth and Bruce Graham, and directed by Duwayne Dunham (who also directed Double Teamed and many other DCOM greats). The movie stars Beverly Mitchell as Erica Enders and Brie Larson as Courtney Enders; both Enders sisters were junior drag racers. Per ESPN, the real siblings continued to excel in athletics, including racing and volleyball, which lines up with Erica’s high school story in the movie. 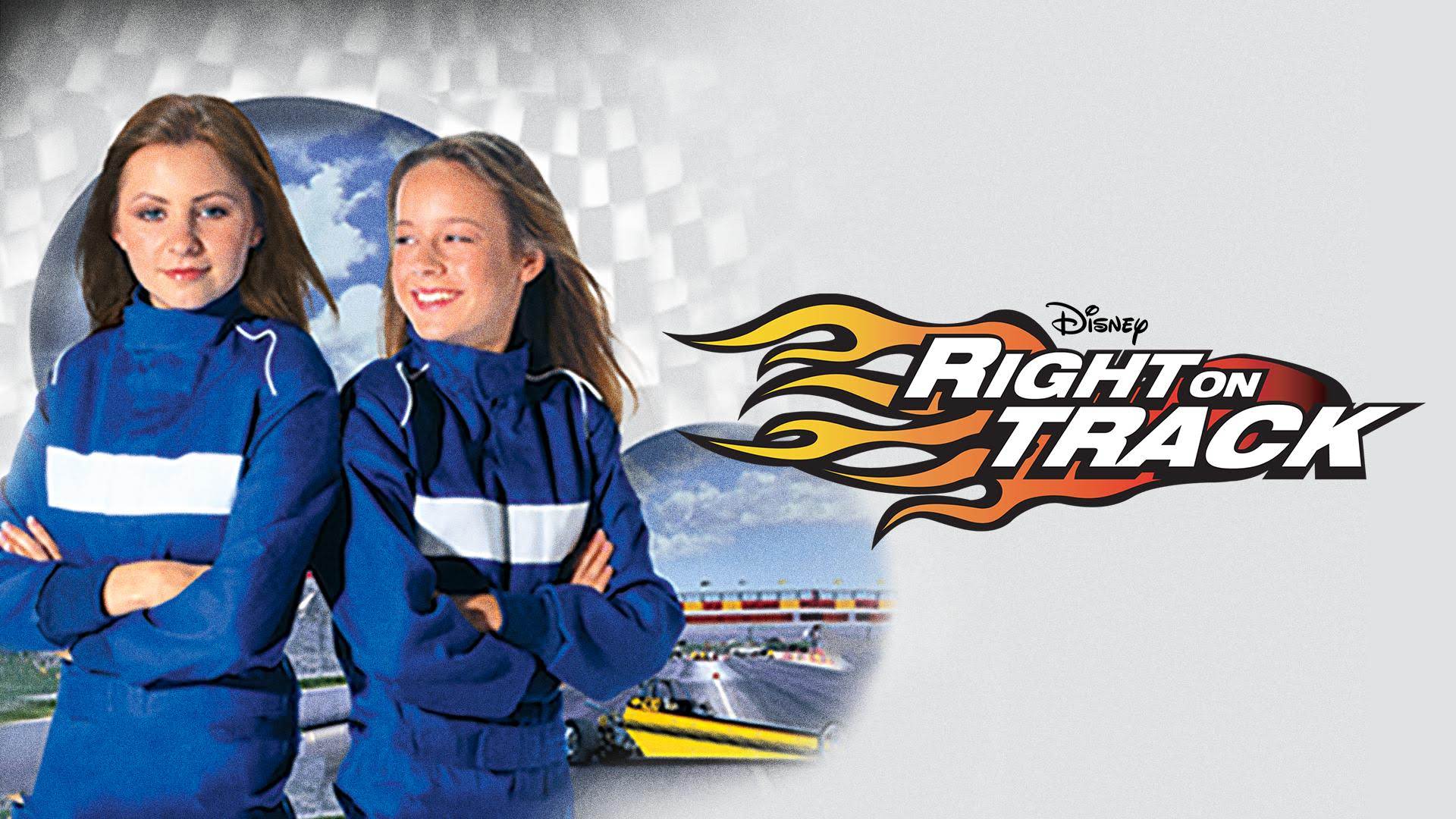 Courtney and Erica stepped in to do stunts for Brie and Beverly in Right on Track, and you actually see Erica cameo as the racer girl all the guys are fawning over. This is moments after Courtney is seen laughing in a circle of other girls. Courtney told ESPN in 2015, “The characters are real, the sport was real, the competitiveness was real. The family aspect of it was real. But when it comes to the little things like the crash, the rivalries — we did have some rivalries — but the movie portrayed us to be absolutely hated, and that wasn’t true. The thing we struggled with most was they wanted a hardship in the script, and to be honest, we didn’t have one. We had a really great experience with it, a great childhood, and we had no hardship until (chuckles) we became adults.” Hey, you’ve gotta have a little drama in your DCOM.

It’s sweet that the film begins with the sisters in their younger years, then segueing to the teenage Courtney and Erica. While we see Brie shine as bubbly go-getter Courtney, the movie’s focus is more on Beverly’s Erica, who is trying to balance her love for racing with her desire to be a regular high school girl. These girls are fierce when they’re racing, and Erica is determined to beat competitor Jordy Knowlton and his rude father. Gregg Enders, her dad, is very supportive and never forces either girl to race — Erica even quits at one point (after she and Courtney get sponsorships from Pennzoil!), but she can’t stay away. Erica has some good conversations throughout the film with her dad’s right-hand, Randy, who is played by Movie Surfer Marcus Toji. Randy is Erica’s date to an ice skating gathering, but when he broaches the subject of dating, Erica says she views him more as a brother. It’s Todd from school that she really has eyes for. But the nice thing is, this isn’t one of those cases where the popular dude is totally superficial. Todd is actually a nice guy, helping Erica with her French studies (totally flirting) and stopping by her house with a large teddy bear.

Despite Jordy’s dad’s attempts to sabotage her, Erica finishes the movie with a big win that leaves a frustrated Jordy saying underneath his helmet, “I can’t believe this!” The cool thing is, Erica is still killing it as a drag racer (NHRA Pro Stock world champion — she was the first female titleholder). Courtney is the brand manager of Erica Enders Racing.

I have to finish with the obvious acknowledgement that we all knew Beverly Mitchell from 7th Heaven when she did this DCOM. She was first seen in the spiritual family drama in 1996, and Beverly was one of the only Camden siblings to see it through to the end in 2007. It’s cool that in the middle of her 11 seasons as Lucy Camden, she took on such an important Disney Channel role. I think she did a great job with it, and I’m so glad I had the chance to spend some time with Right on Track.