The Luck of the Irish is one of those DCOMs that you probably think of quickly when scanning your mind for nostalgic Disney Channel films. Ryan Merriman had already charmed fans as Ben Cooper in Smart House, and he came to us as a slightly older basketball star, Kyle Johnson, in The Luck of the Irish. Kyle is desperate to discover his ancestry. That theme is rather relatable — I know I loved learning about family history and genealogy as a kid (still do!). But the difference is, Kyle’s parents have withheld every detail of their real past, simply telling their son that the family is “from Cleveland.”

Kyle has a lucky coin that he wears around his neck. Because of this talisman, he is able to score in every game, ace every test without applying himself, and stay popular among his classmates. As you’ll often see in DCOMs, his best pals are one guy and one girl, teammate Russell and overachiever Bonnie, respectively. Bonnie sees Kyle at the library using some version of a search engine (this is 2001, so it had better be AskJeeves). She encourages Kyle to talk to his parents more about where he came from. That hasn’t been working, so he does some snooping through his dad’s old yearbook and finds out that his father went by a different name in school.

Kyle and Russell also visit an Irish festival nearby because the poster shows a coin that looks just like Kyle’s. It’s at this festival that Kyle’s lucky coin is swapped for a dud. He brushes elbows with the culprit: stepdancer Seamus McTiernan. He also meets his maternal grandfather, Reilly O’Reilly, for the first time.

After losing his coin, Kyle starts to get shorter, and he becomes brutally unlucky at school. The ladies are no longer fawning over him, that’s for sure. Simultaneously, Kyle’s mom is transforming at home. She quits her “healthy” fad and starts making a hearty breakfast, while speaking with an Irish accent. The mom later appears as a leprechaun, and Kyle takes his investigation a step further by sneaking into his grandfather’s potato chip factory. After a big security chase, Kyle once again meets Reilly O’Reilly, and he explains his plight. The grandfather joins the family to help Kyle retrieve his coin from Seamus. It doesn’t go well, and Kyle and Seamus enter a bet that requires an epic sports duel. I have to say, I enjoyed the sports competition more on this rewatch than I ever have. It was fun to see Kyle try his hand at events he wasn’t familiar with, although I’m not sure how he got a point for breakdancing during the dance portion…

Kyle proves that he doesn’t need luck after all, winning the rematch against Seamus — the rematch being Kyle’s own high school basketball game. Seamus thinks he’s getting booted back to Ireland, but he misunderstood Kyle, who said that Seamus would live in Lake Erie if he lost (so finally, someone’s going to Cleveland for something). We then see what that school assembly scene at the beginning of the film was all about. It’s Heritage Day, and Kyle is ready to perform a stepdance and honor his ancestry. My favorite part of the whole movie is when he and Bonnie lead everyone in singing “This Land is Your Land.” 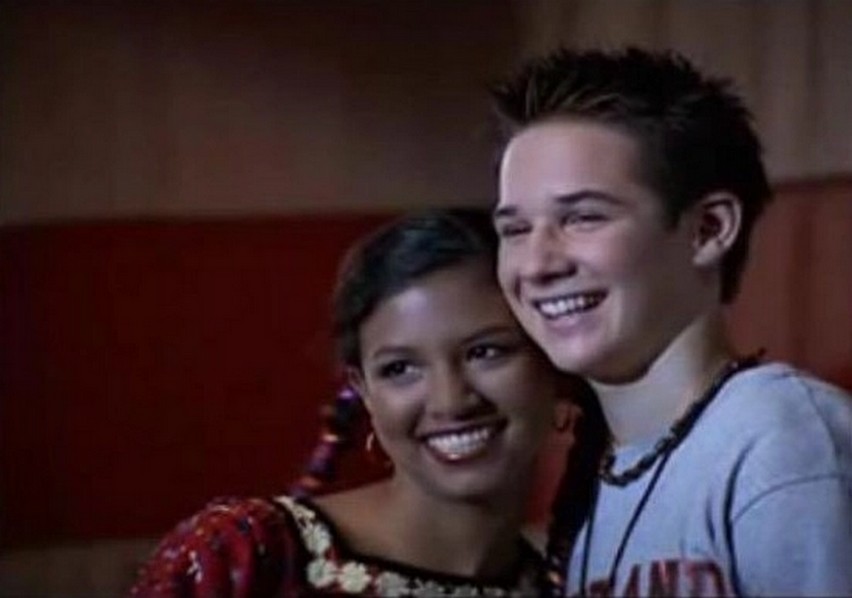 While we know that there are stereotypes in this film, the script does acknowledge unfair treatment of Irish people in the U.S., and I like that importance is placed on understanding where we come from. It’s interesting to think about heritage as something we all have. I’m sure a few things would be different today, but I still view this as an important movie in the DCOM culture, and it brings back good childhood memories for a lot of us Disney Channel fans. The Luck of the Irish was directed by the great Paul Hoen, and the movie came into existence because the channel needed something to air for St. Patrick’s Day. I learned this from former Disney Channel scheduler Kimberly Luce, who shared that she had previously scheduled Darby O’Gill and the Little People for the holiday during March. It was time for a break from that 1959 film, so in a Disney Channel meeting, Luce shared an idea that ultimately became The Luck of the Irish.

If you rewatch it this year, I’d love to hear your thoughts! Happy St. Patrick’s Day!