I knew my release date anniversary method would require me to watch certain sequels ahead of their predecessors. At first I was a little concerned about doing anything out of order, but this project has a certain order and beauty of its own. In fact, I’m delighted to relive childhood memories with DCOMs that I actually experienced when they were new. I’m also thrilled to pretend that I existed from 1983-1993 (I mean, I already do imagine that sometimes) so that I can pontificate about the very first airings of Tiger Town, Love Leads the Way, The Blue Yonder, The Parent Trap II, and so many other great Disney Channel Premiere Films.

We are firmly in DCOM territory this week, and today’s first movie is Zenon: The Zequel, which premiered on January 12, 2001. (Fun fact, Lizzie McGuire premiered the same day.) 2001 is my official entreé to “big kid” Disney Channel — “Zoog Disney” at the time. I had graduated from Playhouse Disney (now Disney Junior) and was hooked on Lizzie McGuire and Even Stevens. And I was all about Zenon and her grand adventures. 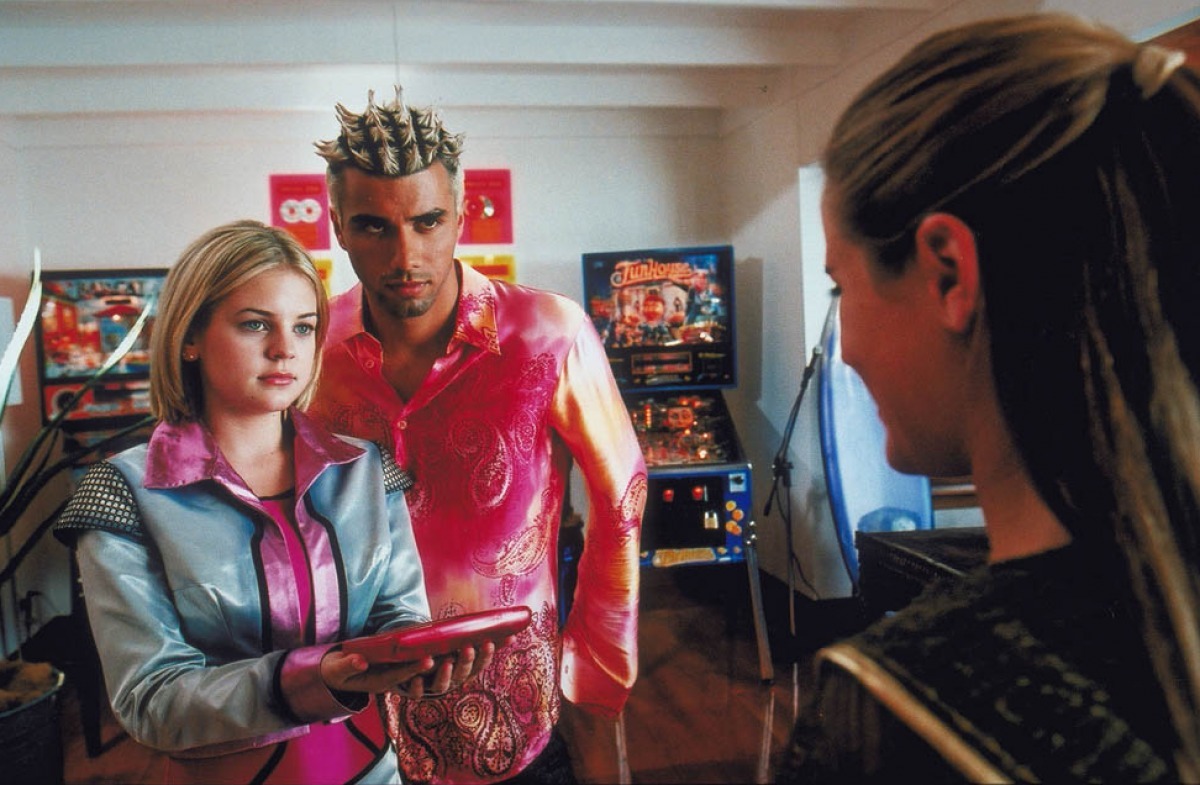 The first Zenon film in 1999 required some world-building, of course. The second one is a clear continuation, with established characters who get some fun metallic wardrobe updates along with a freshening up of the ‘ole space station. This time, the United States military is threatening to jettison modules of the space stay gradually. Zenon (Kirsten Storms) is ready to save the day again, even though General Hammond puts her in charge of his daughter, Margie (Lauren Maltby), Zenon’s teenage nemesis from the first film.

Zenon spends most of her free time monitoring the alien patrol lab as punishment for her typical antics (with a potential love interest named Orion), but what was originally a silly assignment turns into much more when aliens begin communicating with her through Proto Zoa’s lyrics: Zoom, Zoom, Zoom.

The teen is determined to prove that intelligent life forms are reaching out, and she is set on keeping her home from being fragmented. When her best friend Nebula (played this time by Shadia Simmons) is shipped off to Earth, Zenon sneaks in with the cargo, and Margie tags along, desperate for an adventure. Zenon thinks the aliens are looking for Proto Zoa, so with Aunt Judy’s help, she and Margie track down the pop star. Zenon’s mom summons her strength to pilot a vessel to Earth to help her daughter, and the aliens find Zenon — the one they wanted the whole time. She helps the distressed creatures and is able to telepathically communicate with them. The aliens are manifested in clouds of pixie dust, and it’s the most mesmerizing sight.

The space station is safe, once again, and the movie wouldn’t be complete without a proper finale from Proto Zoa, who delivers the ultimate follow-up to “Supernova Girl,” “The Galaxy is Ours.” Zenon, Margie, and Nebula dance around in their party dresses; friends and family are equally celebratory and happy that their loved ones are safe and that Commander Plank and Aunt Judy are married. From the sparkly aliens to the wedding bash, the last few minutes of the film bring the biggest smile to my face. I’ve always liked this movie, and that song is legendary in my book. There was no better feeling than watching “The Galaxy is Ours” play on Disney Channel in the early 2000s.

This movie took me to a depth of nostalgia that I expected. I very much felt transported to 2001, several times, and I layered in the context of what it was like to watch the movie back then. Zenon was (is!) cool. In the Zequel, she’s a 15-year-old girl who knows exactly what she needs to do to save her home, and she won’t let anything stop her. I enjoy the message, but on a personal level, watching this movie is like wrapping myself up in a patchwork quilt of good childhood memories and cozy family movie nights. Zoog Disney will do that to ya. Written by Stu Krieger and directed by Manny Coto, this one’s a keeper.