If I call a movie my favorite, do I need to have a reason? Maybe not, but there are many reasons why Troop Beverly Hills is my favorite movie. In case you haven’t seen it, the film was released on March 24, 1989 and stars Shelley Long as Phyllis Nefler. Her daughter’s Wilderness Girls troop needs a new leader, so Phyllis steps up to shepherd the girls through the wilderness of Beverly Hills. Troop Beverly Hills was my introduction to Shelley Long. I didn’t watch her in Cheers until four or five years ago (back when Cheers was still on Netflix).

The first reason the movie is my favorite is simple: Troop Beverly Hills is one my earliest movie memories. I couldn’t have been more than three years old when I watched it for the first time. If I remember correctly, my mother taped the movie when it was on cable. This was around the same time that we taped and watched the Leave it to Beaver movie with none other than Erik von Detten as Wally.

My experience watching Troop Beverly Hills was so magical that I never forgot it. I believe I was drawn to the opening animated sequence (which you can watch here at 0:15). Same thing when I watched The Parent Trap from 1961.

I guess those animations told me each movie’s story in a nutshell, in a way that made sense and made me want to see more. I also LOVED the music. The song you hear in the TBH intro is “Make it Big” by The Beach Boys. It’s so perfect for this movie, especially that one line, “See your name spelled right, up on the bright lights.”

I can’t imagine anyone but Shelley Long as Phyllis. The woman breathes new life into khaki. She has designer everything, and I’m no fashion blogger, but I’d say her clothes fit that late 80s/early 90s niche just right. If I had to pick the best part of her outfits, I’d say it’s all those capes! The costuming across the board just makes this movie pop. 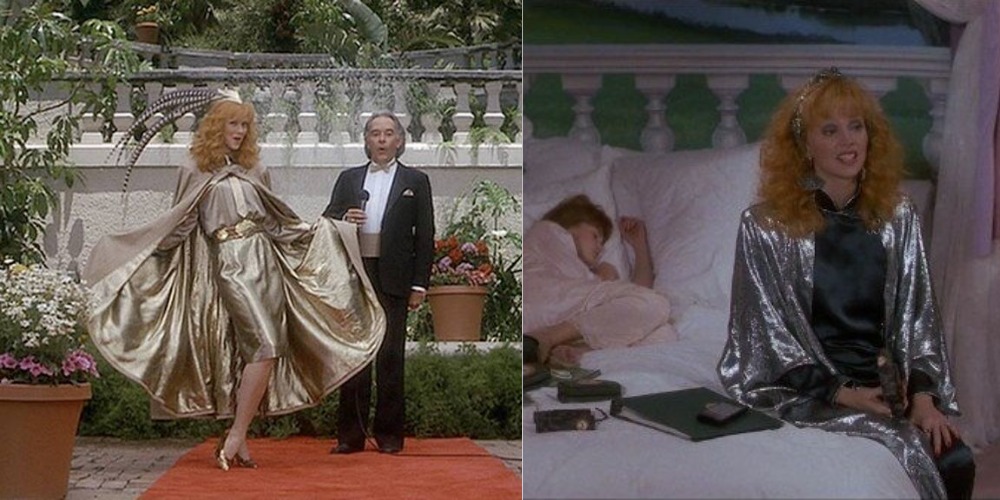 Being a fitness instructor, I also love the 1989 exercise gear. Early in the movie, we think Phyllis is exercising with the woman on the little kitchen TV (remember those?), but the camera falls on Phyllis struggling to open a jar of mayo instead! She trots over to Freddy’s guest house and has the ex-husband pop that lid off for her. The other workout-esque scene is when Phyllis is teaching the girls some classic dances, like The Twist and my personal favorite, The Freddie. Just look at these outfits. 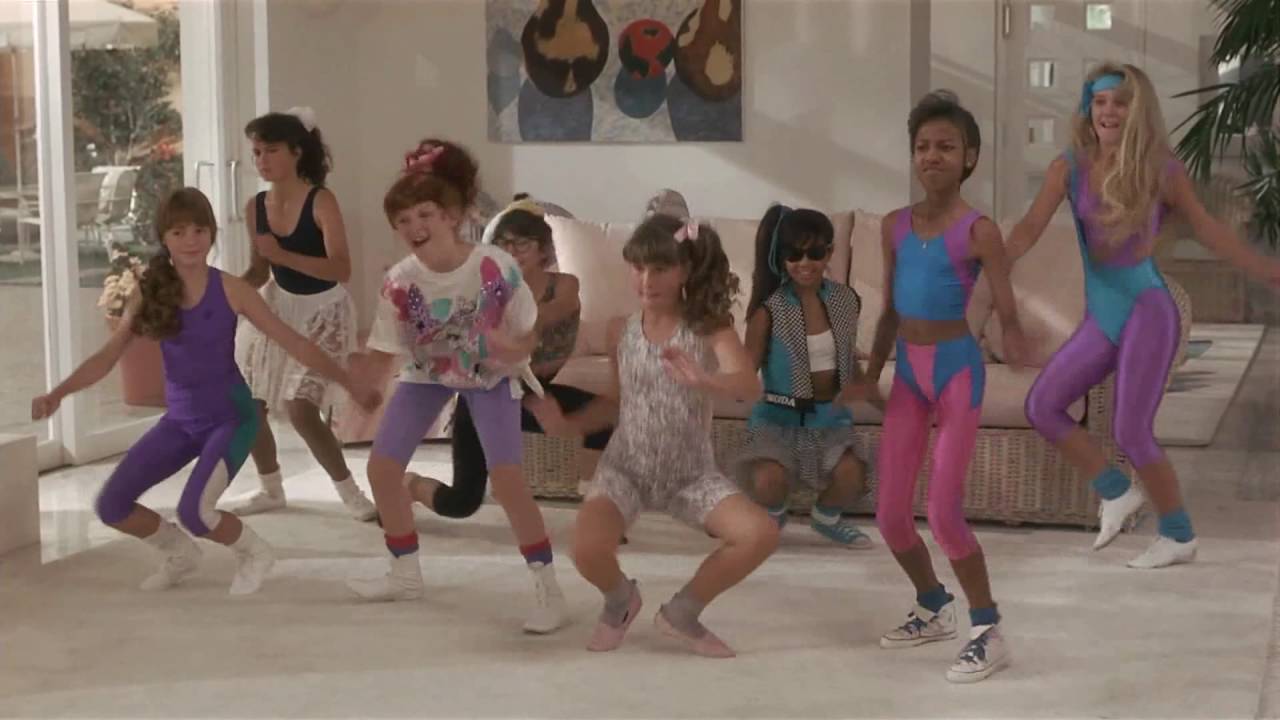 As a kid, I loved the scenes with Phyllis and her daughter, Hannah (Jenny Lewis). Craig T. Nelson adds just the right touch as Phyllis’s ex/Hannah’s dad, Freddy the Muffler Man, but I could do without his realtor girlfriend. If you know the movie, you probably remember the part where Phyllis spies on Freddy and the girlfriend and accidentally falls out of a tree.

The troop was also so fun to watch. Many of the Beverly Hills Wilderness Girls are wealthy, like Chica Barnfell (Carla Gugino). Phyllis and her housekeeper, Rosa (Shelley Morrison), put together a last-minute birthday party for Chica when her parents forget and go to Monte Carlo. It’s really touching. Claire Sprantz (Ami Foster) is a kid actress in the troop. Her family life is interesting because her dad is Hannah’s dad’s divorce lawyer. Claire’s mother is an erotic romance author. Hollywood is a consistent theme here. Another girl named Emily (Kellie Martin) is short on money because her father is an out-of-work actor for most of the movie. Tessa DiBlasio’s (Heather Hopper) father is a filmmaker who gives Emily’s dad a job. These girls are multitalented, and Tasha Scott’s solo as Jasmine Shakar on “Cookie Time” is iconic.

The Red Feathers (another troop) are the villains, so we won’t talk too much about them. In case you didn’t know, Tori Spelling is one of the Red Feathers. Velda Plendor, the Red Feather troop leader, is played by Betty Thomas, and her daughter, Cleo, is played by Dinah Lacey. Velda’s sidekick, Annie (Mary Gross, whom you’ve seen before), jumps ship when she realizes that Phyllis has a heart of gold and Troop Beverly Hills is where it’s at.

The more I rewatch this film, the more I think that it’s a strange movie for a small child to watch. That’s another reason why I love it. I’m pretty sure the cable version edited out some of the profanity, but I was still listening to some grown-up conversations. I was also looking at grandiose settings through my little eyes. The Nefler mansion is everything a 90s kid could ever want in a mansion. The carpet, the couches, the murals, the home gym. You’ve gotta see it if you haven’t. There’s also the entire Beverly Hills Hotel scene. It has everything–ordering room service, telling scary stories, hanging out in pajamas. One big, expensive sleepover.

My parents were careful enough about what I watched, but I got to see so many cool movies that I didn’t completely understand at the time. I think that was good for me, and I really appreciate it now.

When my mind turns to Troop Beverly Hills, I don’t picture superficiality. I envision the sweet hour and a half in which Shelley Long takes a group of spunky, bored little girls and turns them into a family. Good music, good fashion, good ending…it’s the kind of movie that hits my soul in just the right place. I have a history with this movie that makes it feel like a trusted companion, and that’s enough nostalgia fuel for a lifetime.