Home Alone turned 31 in 2021. 31! Four years older than me. Home Alone is honestly one of the first Christmas movies I remember watching. And I’ll tell you exactly how I know that.

As revered as it is, Home Alone does have some language that might not be so suitable for toddler/child ears. Kevin doesn’t want to sleep in the attic with cousin Fuller (played by Macaulay Culkin’s brother, Kieran), who wets the bed. When Kevin asks to share big brother Buzz’s room, Buzz retorts that he wouldn’t share a room with Kevin if Kevin was growing on his ass (sorry, Mom). ANY time my family watched this movie during my childhood, my parents tried to mute the language. I eventually figured out what Buzz was saying and personally “bleeped” during the choice words, myself. I couldn’t have been more than 3 or 4 when this whole thing started.

But you’re not just here for the Home Alone profanity. The plot of the movie is what keeps us all coming back year after year, and in my opinion, the second one is almost as good as the first. The inaugural film sets up Kevin’s home environment and expands it with all those cousins and grizzly Uncle Frank walking around. The second takes everything we love to hate about the McCallisters and brings it back–they leave their son behind again.

If you’re reading this, you’ve probably seen these movies or are at least mildly interested in watching them. I feel that it is my duty to tell you that a third and fourth Home Alone are out there in the world, but don’t consider this a recommendation for those. Nothing against my DCOM fave Alex D. Linz, but the third one is just different. And I haven’t even seen the fourth one.

What is it about Home Alone 1 and 2 that keeps us coming back for more? I immediately think of the music. John Williams did the score for both films, and though I don’t recall owning the soundtracks, I have always loved everything about the movies’ music, so much so that I chose “Somewhere in my Memory” for a Christmas concert when I conducted a young women’s chorus several years ago. Each Home Alone story is perfectly timed with sonic suspense, tension and release, Christmas cheer, and sheer beauty (namely the choral moments). 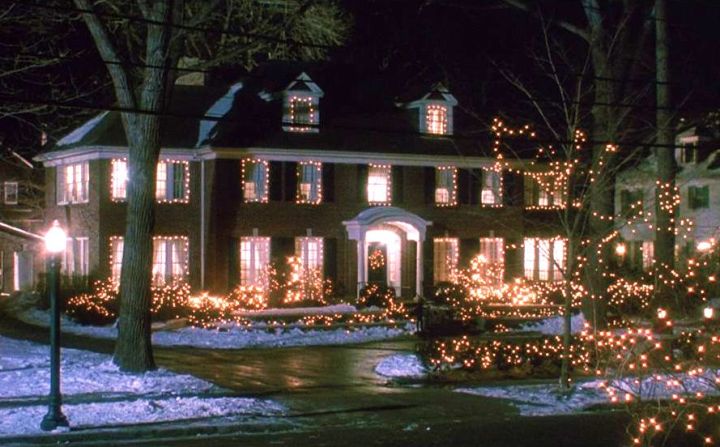 The next thing I think of is the plot. Both films are set up for Kevin to defeat the bad guys, but a lot of physical comedy has to happen before Kevin achieves his goal. The giant obstacle courses Kevin builds are quite impressive. Children and adults alike can applaud his ingenuity.

The third reason I think we come back to these movies is Chris Columbus, the director. He has credits on some of the greatest films of the last three decades, and my friend and I were just talking about how he completely made Home Alone what it is. I read that Chris Columbus added some very important touches to the movie, like Old Man Marley’s sad story of not being able to see his granddaughter (since he’s estranged from his son) but then reuniting with his family at the end.

Speaking of little touches, a fourth reason Home Alone rocks is John Hughes. The 1980s were built by this man (yeah I know, I wasn’t there, but the movies don’t lie). He made the 90s significantly richer, too. His scripts for the first two Home Alone films are perfect. They’re smart, adventurous, sensitive, and unexpected.

Besides “bleeping out” bad words, what are my most profound memories from watching these movies growing up? The first one: that scene on the plane when Catherine O’Hara (the mom) realizes her son is missing and squeals, “Kevin!” The scene where Kevin uses cardboard cut-outs and mannequins to rig a fake Christmas party, thus throwing off Marv and Harry. Kevin running to hug his mom at the end of the movie. Buzz and Kevin’s sibling rivalry. The pizza guy from Little Nero’s delivering Kevin’s giant cheese pizza. The neighbor kid who confuses the entire McCallister family and throws off the kids’ headcount, making the counting cousin think Kevin is there.

The second movie: the dramatic change in airport security from the 1990s to now. The beautiful Christmas glow of New York City (I’ve seen it in person now!). The luxury of The Plaza, a hotel I desperately want to stay in someday. The limo with a little TV where Kevin watches the 1960s Grinch cartoon, and then the hotel manager smiling like the Grinch in the credit card montage. FAO Schwartz look-alike Duncan’s Toychest, with the philanthropic old man (Mr. Duncan) who cares about kids in a hospital. The turtledove ornaments Mr. Duncan gives to Kevin, so that Kevin can later give one to the homeless woman.

Can you believe the franchise is 31 years old now? Think about all the changes kids and adults have gone through over all these years. Thankfully, Home Alone is pretty timeless, in a 90s sort of way. But still, families have gone through a lot with these movies. Three decades is a long time to watch something every holiday season. From Christmas to Christmas, Home Alone is a constant.

Home Alone and Home Alone 2 allow me to get emotional and feel feelings but still laugh and smile at the outlandish schemes. I have a lot of favorite Christmas movies, but these two are right up there. To this day, my sister loves saying, “ya filthy animal.” So, we’ll consider this a Home Alone appreciation post. The best music, the most touching messages, and ultimately a portal to little-kid Christmas memories.

In the meantime, click here for an Insider article from last year with Chris Columbus (it’s where I learned about him and Old Man Marley). And if you have Netflix, definitely check out the Home Alone episode of The Movies That Made Us. Thank you for reading and connecting.